The 2015 AmCham Leaders in Change Awards, which acknowledge individuals and companies that change the Serbian economic environment and society for the better, were presented at a ceremony held at the Crowne Plaza Hotel 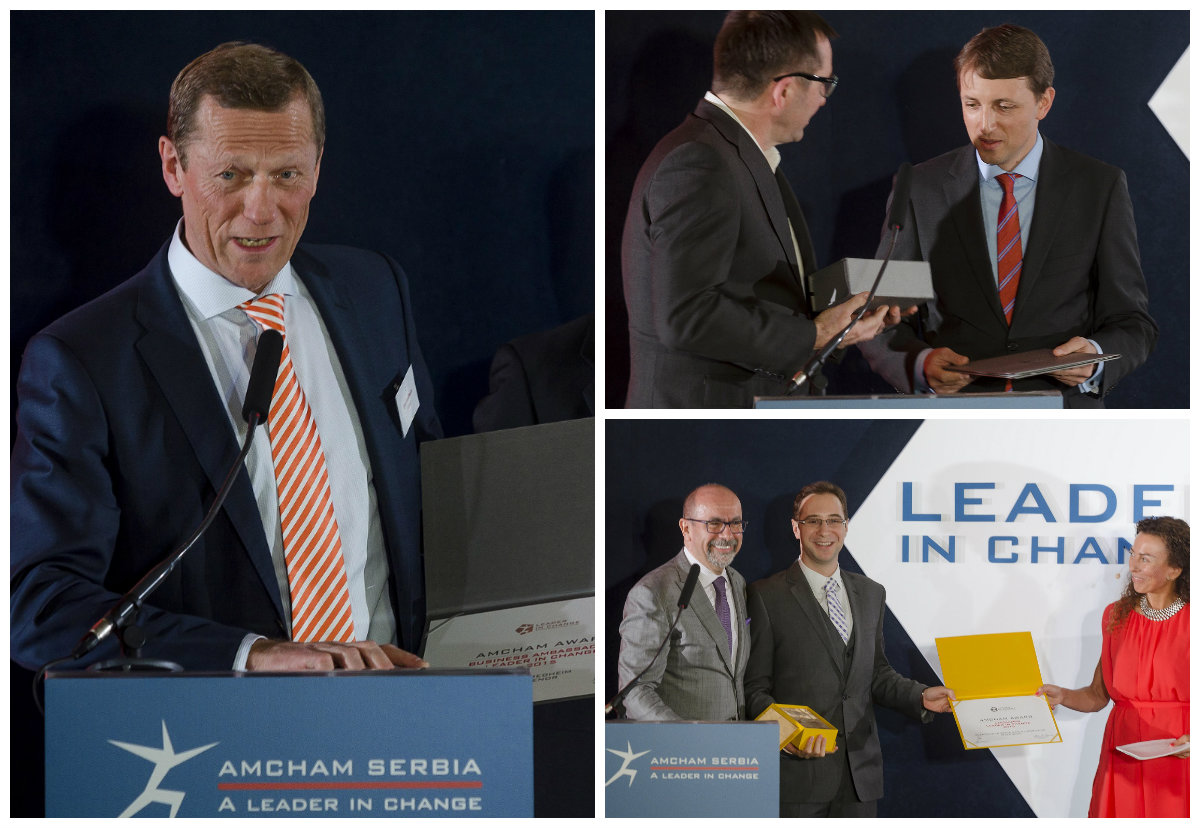 The winners of the 2015 Leaders in Change Awards were chosen by combining the votes of a Special Jury and those of members of AmCham. The special jury was composed of: Kori Udovički, Deputy Prime Minister of the Government of Serbia, Draginja Đurić, President of the Executive Board, Banca Intesa, David Banjai, Plant Manager, Ball Packaging Serbia, Veljko Lalić, Editor-in-Chief of Nedeljnik weekly, Miša Lukić, President of the Board - Leo Burnett Serbia, Ivan Lalić, Director of Mixer House, Vigor Majić, Director of Science Center Petnica, actor and producer Svetozar Cvetković and Maja Piščević, AmCham Executive Director.

Telenor bank won the THE Leader in Change Award, for its innovative way of doing business, considered as a model for other companies operating in Serbia.

BUSINESS AMBASSADOR Leader of Change is Ove Fredheim, CEO of Telenor, whose efforts have significantly contributed to the promotion of Serbia as a good destination for foreign investors.

The WOMAN Leader of Change award brought recognition to Stanka Pejanović, Director of Gorenje, for her leadership as an example not only for women.

Marko Kovačević, CEO of Trizma, won the award in the category of YOUNG and INNOVATIVE Leader in Change for innovation and creative energy that brought positive change and set standards in the business environment.

In the category of CSR Leader in Change NIS a.d. Novi Sad was recognized for special engagement in socially responsible initiatives of great importance for the entire community.

Finally, the 2015 AMCHAMPS Leader In Change is Aleksandar Vratonjić Gligorijević, the young manager of the TeleGroup company, who showed the most commitment and creativity during the 2014 AMCHAMPS educational program. Nominations and voting for the AMCHAMPS Leader in Change Award category was conducted by members of the AMCHAMPS Class of 2014.

The Special Jury unanimously declared Bojana Mirosavljević as AmCham HERO Leader in Change laureate for her dedication and contribution to the enactment of legislation that will help children suffering from rare diseases.