Improving the work of the judiciary is a priority reform for 76% of respondents. 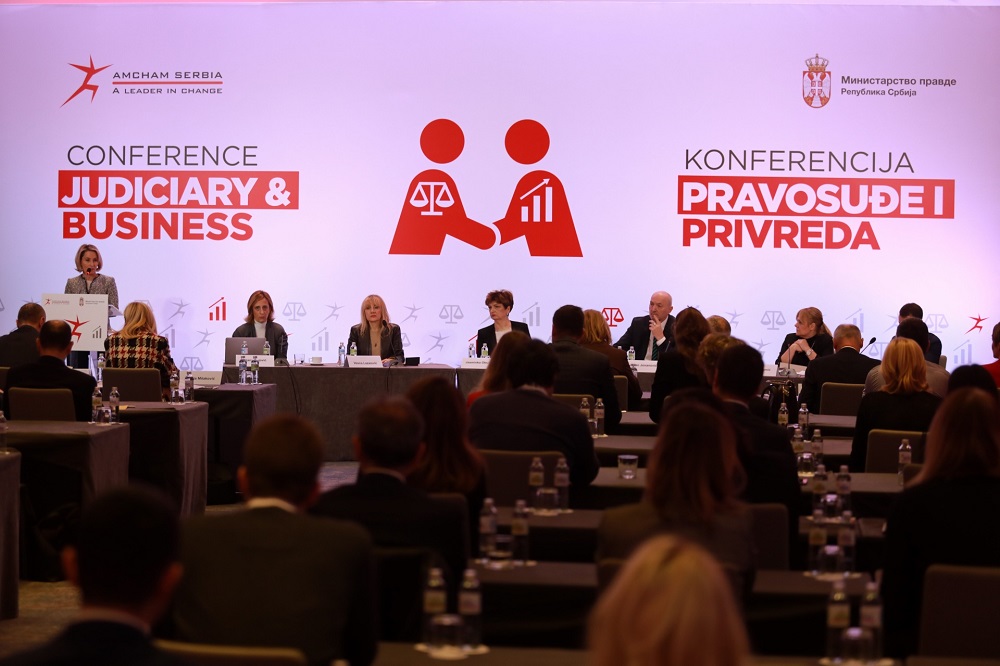 A key conclusion of AmCham’s final Judiciary and Business Conference was that improving the work of the judiciary, alongside effective protection of rights in court proceedings, continues to be a key demand for the economy and is a prerequisite for improving the business environment.

The closing event followed six thematic roundtables, jointly organized over six months by AmCham and the Ministry of Justice. The thematic gatherings were attended by over 200 representatives of the business sector, while more than 20 judges and court presidents participated in discussions on topics such as labor law, enforcement, bankruptcy, civil procedure, real estate property law and tax regulations.

A series of thematic discussions was launched on the basis of the annual Lap Time Survey of Investor Satisfaction and Confidence, conducted by AmCham and involving over 100 of the largest companies in Serbia and 100 other small businesses and startups. The survey shows that 76% of respondents believe that improving judicial work is a priority reform for further growth and new investment. As in the previous year, respondents’ most significant objections relate to the length of court proceedings (80%) and the uneven application of regulations (57%). In addition, it is necessary to improve the knowledge and specialization of judges, which will also improve the efficiency of proceedings.

Minister of Justice Nela Kuburović emphasized the Ministry's ongoing cooperation with the American Chamber of Commerce in Serbia and highlighted their joint work on drafting the Law on Enforcement and Security Interest as an example. "Next year should be the year in which enforcement proceedings in commercial courts will be conducted entirely electronically. We hope that this will at least halve the time of the execution process, which is essential for advancement on the Doing-Business List," Kuburović pointed out, adding that she believes that commercial courts will be very interested in using this system.

AmCham’s Deputy Director Amalija Pavić said that this series of events opens the door to closer and more productive cooperation, as well as a better understanding of the economy and the judiciary. This should lead to a win-win result – practical improvements on the one hand and improved perception of the economy on the other. “The roundtable events have provided many specific proposals for improving the efficiency of the courts and harmonizing their treatment of cases. Particular emphasis was placed on the content of further education of judges and their specialization. We hope that some of these proposals will be implemented in practice or with appropriate regulations, and that we will be able to see some changes actually implemented within a year," said Pavić.

AmCham expressed gratitude to Ministry of Justice for having recognized the value of open conversation between the economy and the judiciary since the start of the project. A great deal of gratitude was also expressed to the judges for their specific proposals to improve efficiency, uniformity and specialization, which will be part of the set of recommended reforms in the upcoming period.

Representatives of the High Judicial Council, the Supreme Court of Cassation, the Commercial Appellate Court, the Belgrade Commercial Court, first instance judicial bodies, appellate courts, the Administrative Court, and the Judicial Academy of Serbia participated in the round tables with AmCham members. 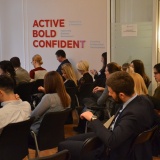