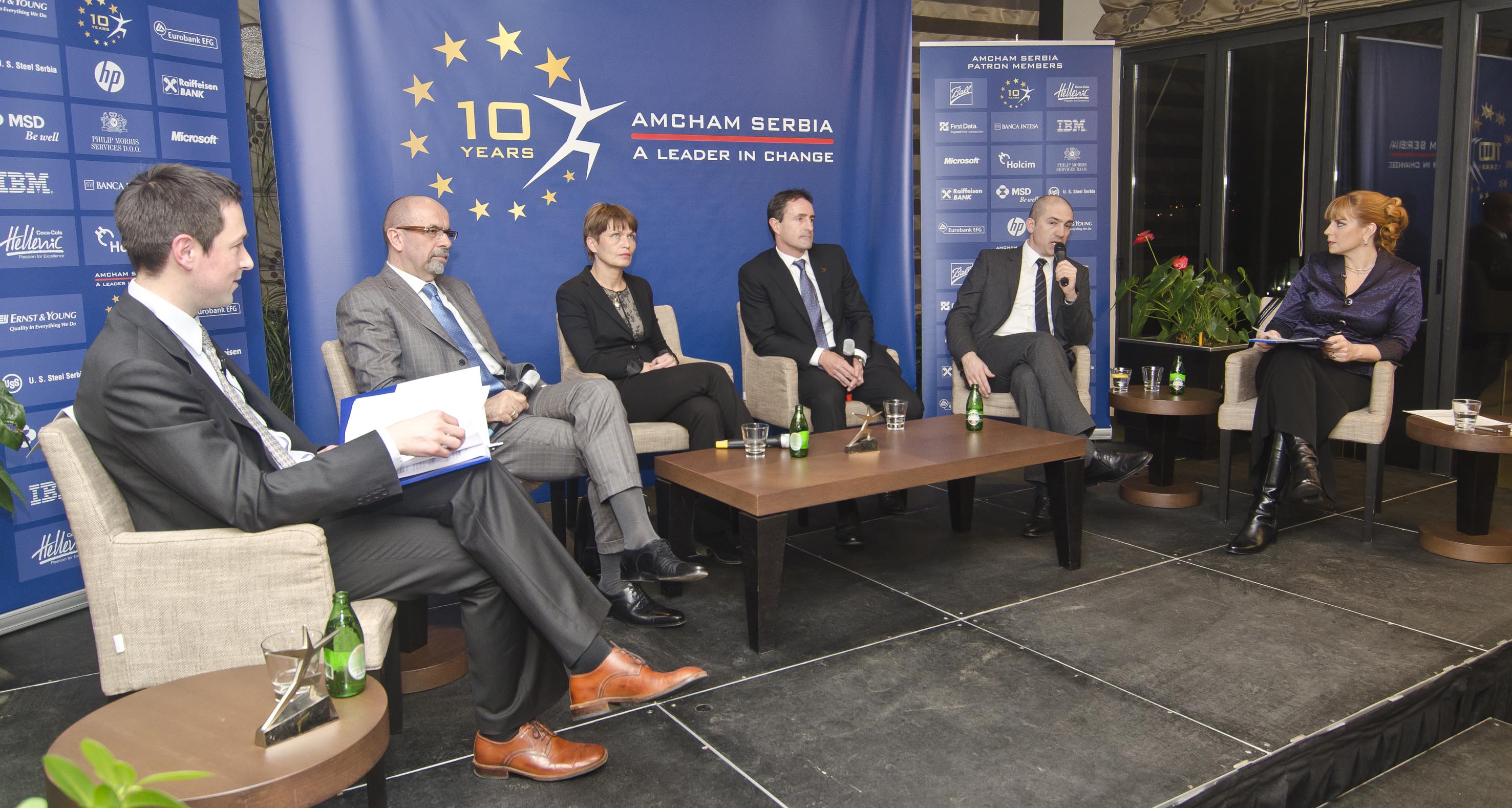 Belgrade, January 31, 2012 - AmCham held a traditional Pre-election Cocktail Party at the Novak Café & Restaurant to introduce the four candidates for three two-year term positions as Board members - in particular for the titled positions of AmCham President, Miloš Đurković, Managing Director, Hewlett Packard Serbia, and First-Vice President, Paul Riley, Managing Director, Philip Morris Services; as well as for one untitled position as Governor, Milica Bisić, Head of Markets, KPMG, and Željko Tomić, General Manager, OSA - Računarski inženjering. The event was moderated by two incumbent Board members, Jelena Kralj of Pedersen and Partners and David Banjai of Ball Packaging. The candidates took the opportunity to present their reasons for wanting to serve on the AmCham Board of Governors. A full list of candidates, along with short biographies and statements of intent, is available here.

In addition, during the candidates’ presentations, a number of important issues were addressed including the strategic priorities of AmCham in 2012, potential contribution to the existing business advocacy initiatives, contribution to AmCham’s economic diplomacy activities and the organization’s approach to membership satisfaction. We invite you to visit our photo gallery to get a sense of the atmosphere at the cocktail.

Finally, David Banjai invited all members to come to AmCham’s next General Assembly Meeting on the 9th of February at the Belgrade Philharmonic Orchestra premises.