On December 17, 2012, AmCham organized a Christmas Cocktail Party for members and their partners. More than 380 attended the event. A special guest was H.E. US Ambassador to Serbia Mr. Michael Kirby, who congratulated the first generation of AmCham Academy graduates.

Belgrade, December 17, 2012 -AmCham Serbia organized Christmas Cocktail Party for members and friends. In the beautiful hall of restaurant Kalemegdanska Terasa, more than 380 gathered, while a special guest was His Excellency US Ambassador to Serbia Mr. Michael Kirby.

Please follow the link for the photo gallery from the event.

In his address, AmCham President Miloš Đurković said that it in 2012, AmCham achieved remarkable results and thanked all of the members and partners for their support. In addition, Đurković noted that, although it is the largest voluntary business association, the AmCham family grew even more, and that at the end of the 2012 AmCham has 175 foreign and Serbian companies as members.

In addition, Maja Piščević, AmCham Executive Director, emphasized that although the year behind us was challenging and difficult, AmCham managed to remain an engaged and creative partner to the Government of Serbia. She noted that AmCham continued on the sharp advocacy course, among others by organizing two topic-based conferences ‘The First Lap Time - 100 days of the Government’ and the 10thAnnual AmCham IPR conference. She reminded members that in an effort to respond to member’ demands for more sharing opportunities, AmCham introduced new event-formats such as Briefing Sessions, SMART breakfasts and Business Speed Dating. Piščević used the opportunity to specially thank to the media for being responsive and responsible in promoting topics of crucial importance for improvement of the business climate in Serbia.

Finally, Piščević announced that the first generation of young managers and future leaders has graduated from the AmCham Academy, our unique educational program exclusively designed for young managers. The graduates had an opportunity to have a photo taken with the AmCham leadership and US Ambassador to Serbia, HE Michael Kirby, who congratulated the graduates. 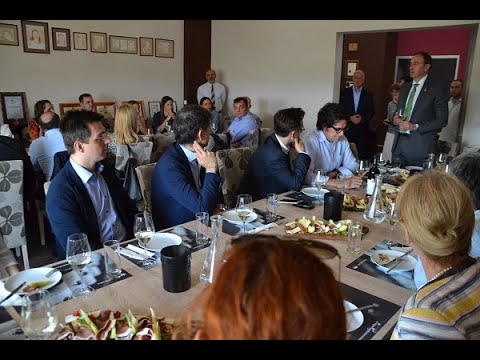 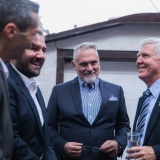 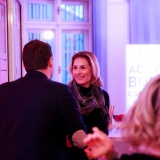 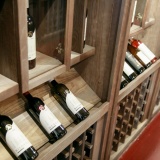 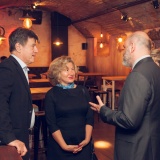 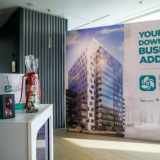 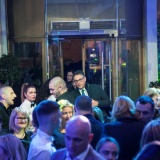