Minister Sertić presented measures to be undertaken in running the economy, including thorough reduction of barriers for businesses, increasing liquidity and incentives for further investment, and also leveraging the efforts Government is planning to attract foreign direct investment 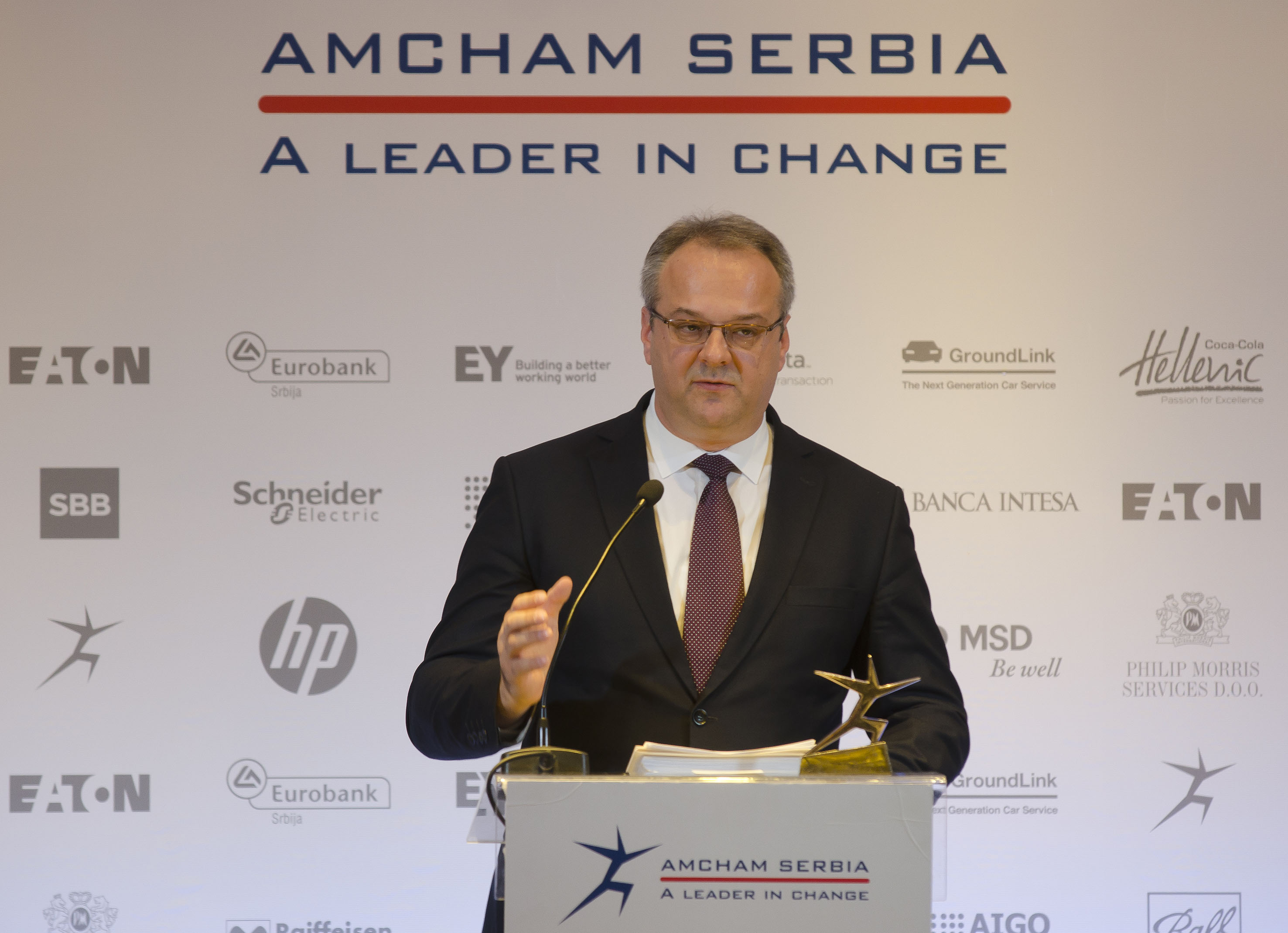 Belgrade, November 4, 2014 – This event was one of a series of open dialogues between members of AmCham and key Governmental stakeholders in order to create a better, more predictable and stable business environment.

Minister Sertić emphasized the necessity of providing incentives for investment and creating an attractive business climate for both domestic and foreign investors. "First of all it is necessary,” he said “to harmonize the laws and related regulations, to solve the problem of inconsistent laws that stifle economic activity. It is vital to simplify procedures and allow the economy to function in a predictable and fair market environment," Sertić added.

In the dialogue with AmCham members it was stressed that economic recovery is the country’s priority, including measures to increase liquidity, reduce the gray economy and create more favorable conditions for leading companies.

Zoran Petrović, AmCham First Vice-President pointed out that good legislation is a prerequisite for solving accumulated problems. "The timely adoption of secondary legislation, as well as its consistent implementation and effective legal protection and enforcement of contracts before the judicial authorities, is the only way to establish a level playing field for all and to start economic activity in Serbia," said Petrović. "We expect that in future timely measures will be undertaken not only to improve liquidity but also to improve the predictability of the tax and non-tax load."

Maja Piščević, AmCham’s Executive Director, said that the strengthening of the institutional framework is crucial for the implementation of reforms that are necessary to assure that Serbia embarks on a path of change. "One of our priorities is determination to fight against the gray economy because Serbia loses about €370 million annually. We believe that the adoption of the Law on Inspections, will set an important foundation for a successful fight against the gray economy, " said Piščević.

AmCham representatives and Minister Sertić agreed that it is necessary to proactively work to attract foreign investors since regional cooperation and market size are crucial for attracting global investors. As a concrete step in this direction, AmCham has launched a regional initiative with other AmCham offices in the region, an investment conference called NEW SEE - New South-Eastern Europe, which will be held March 26 and 27, 2015 in Belgrade, bringing together the most successful companies from across the region, thus presenting to the potential new investors a market of 55 million people and potential benefits for investing in the NEW SEE region as a single investment destination.

For the photo gallery from the event, follow this link. 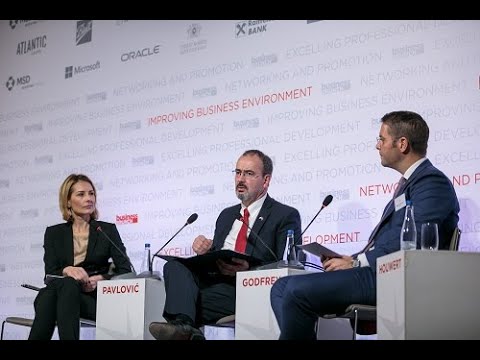 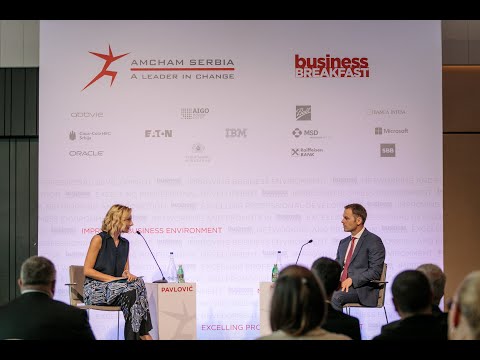 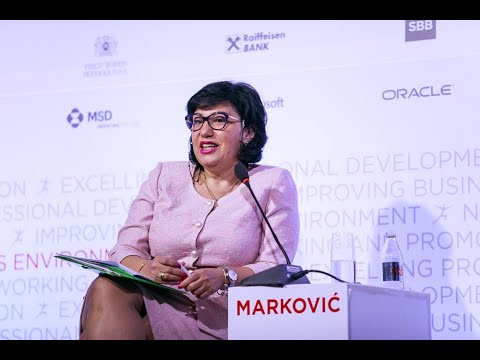 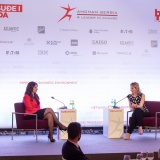 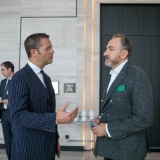 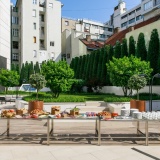 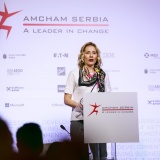 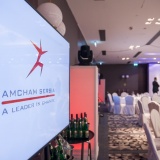 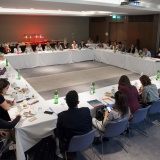 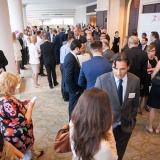